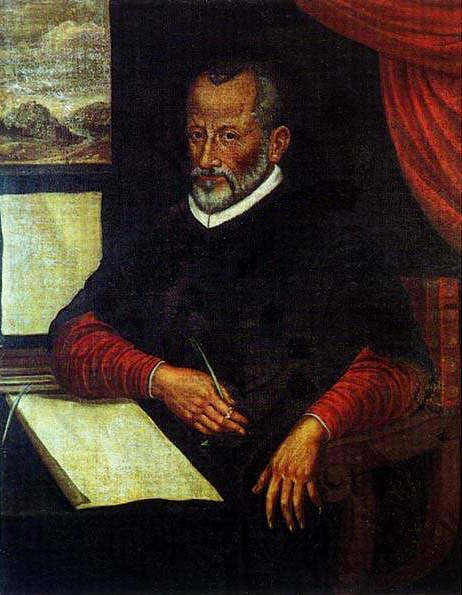 More people should hand themselves over to the musicianship and scholarship of the best of British Renaissance vocal ensembles such as The Cardinal’s Musick or The Tallis Scholars or The Sixteen. Or, on those rarer occasions, when the best of their European cousins pop over. (Let us hope that isn’t made prohibitively difficult by the clusterf*ck that is Brexit though I suspect nothing would give greater pleasure to the never-happy social conservatives than watching us metropolitan liberals lose the opportunity to listen to such poncey, suspect singing).

Surely, it is impossible not to like complex polyphony sung by experts. Of course you could invest some time into learning about the composers of this ravishing music and the context in which it was created. As the canon of Renaissance music has expanded so too has our knowledge about those who created it, though biographical details are normally scant. Some vague-ish birth and death dates, a list of where they trained and what positions they held and what patrons they, (and by implication we), need to be grateful to. More often than not there is some detail in the careers of the most renowned of these men, (women got more of a look in in Medieval music and in the early Baroque, as we are now, thankfully, discovering), which marks them out as tricky in some way. Often over what they got paid. You would think the aristos and the Church would have been happy to pay up for art of this quality. Clearly not.

There are now a wealth of recordings of the (largely) French, Flemish, English, Italian and Spanish masters and the repertoire is still expanding. However, given the relatively limited number of performances and performers it is still likely that the casual listener/attendee, like yours truly, will encounter something new at every concert. The scholars and musicologists that lead the way still have plenty to play with I gather, so the sense of exploration and novelty that pervades Renaissance music performance, even though we are now well into the sixth decade of “rediscovery” since the first ensembles set out, isn’t about to end. I assume devoting your life to this sort of caper isn’t a way to make a lot of money but I hope that the economic ecosystem is robust enough to underpin such vocation.

You could also seek to understand when, why and how these pieces were performed. I guess having some sort of faith would be a good starting point for grasping the meaning of the religious works, but I also think it is perfectly possible for the irreligious to take something from the words and purposes of the texts. Even if all the rules of Christian liturgy and its founding myths remain a bit fuzzy you will certainly learn a lot about the political, religious and social contexts in which this works were created.

You might arm yourself too with as much knowledge as you can about the musical forms and structures which define this music. Sacred and secular, masses and motets, madrigals, modal and tonal, the way in which the vocal parts are put together, parody, imitation, suspensions, homophony, antiphony, plainsong, cantus firmus, dissonance, dyadic counterpoint. I can’t say I am there yet but some of the terminology is staring to fall into place. And remember folks the Tourist is, by virtue of a grotesquely painful singing voice, unable to perform, a source of eternal shame, and, by dint of what his music teacher at school was wont to call “tone deafness”, in a time before such educational derogation was outlawed, an utter inability to “read” notes on a page, only a consumer, and not a producer, of music. At the time I gloried in Mr Vaughan-Williams’, (I kid you not, but I am pretty sure he was no relation), disapproval. Now I really wish I had listened to him. Mind you I still take pride in being booted out of RE on a couple of occasions, for, and I swear this is no malleably manufactured memory, arguing with the teacher whose name I forget about the existence of God. Calling me a “long-haired jessy”, however apt, only served to fuel my nascent atheism I am afraid.

Anyway, you could learn all you can about this glorious music. Or you could, as frankly I normally do, let it wash over, and through, you. You know the thing where you forget about everything but the now, mind empties, body relaxes, free of the grinding anxiety of what has happened or what might be about to happen? To get it you can, I suppose, teach yourself, or get some-one to teach you, some sort of mindfulness mumbo-jumbo. Or you could just listen to Palestrina or Victoria. I promise it will work. After all it was written for exactly that purpose. To lose yourself in devotion. So piggy-back off that and get yourself along to one of these concerts. Close your eyes and let the voices take over.