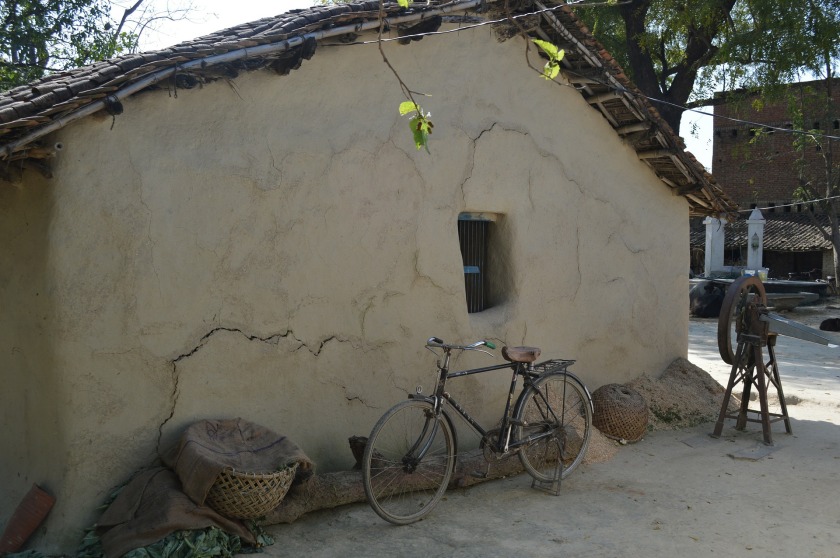 One of the many advantages of the idle life of culture is the opportunity to savour the coincidences that it routinely throws up. I see a play, Losing Venice, about the end of Empire, written in a style which apes the dramatists of the Spanish Golden Age. (Losing Venice at the Orange Tree Theatre review ***). A couple of days later I see a play, An Adventure, about the immigrant’s journey out of India. (An Adventure at the Bush Theatre review ****). The next day I see a play, The Village, drawn from the most famous play from arguably the most famous playwright of the Spanish Golden Age, Fuenteovejuna by Lope de Veja, recast in modern rural India, still bearing the scars of post-colonialism. Learn, enjoy, repeat.

Lope de Veja’s 1619 story, based on a real incident in the village of the same name  in Castile in 1476, is pretty much guaranteed to get the pulse racing. A tale of honour, justice, reputation and chastity as so many of the Golden Age plays were, though here slightly subverted, which accounts for its continuing relevance. The women of the village, unable to stomach any more abuse from the local army chief, rise up to collectively kill him. They refuse to incriminate each other saying only that “Fuenteovejuna did it”. April de Angelis, who make such a fine job of adapting Elena Ferrante’s quartet My Brilliant Friend for the Rose Kingston stage (My Brilliant Friend at the Rose Theatre Kingston review ****), sticks pretty close to the plot of the original whilst offering up a text peopled with recognisably human characters. And, with a swagger that largely worked for me, much of the text is written in verse, which adds rhythm and pace to the story.

This, together with Nadia Fall’s kinetic direction and some top class performances especially from Anya Chalotra as Jyoti, and in his own villainous way, Art Malik, are what turns this from what might have been a sullen melodrama, into something altogether more supple and uplifting. The production might have benefitted from a bigger stage to accommodate Joanna Scotcher’s sloping set, and a little more technical sophistication, but, if this is the harbinger of things to come at Stratford Royal Theatre East under Nadia Fall, and the 18/19 season has great potential, then maybe SRTE can become a destination theatre as it was in the glory days of Joan Littlewood (who staged Fuenteovejuna in 1955), rather than an occasional, one-off hit machine (like Five Guys Named Moe).

No need to take my word for it. To save BD from sitting around all day in her PJ’s in front of a screen (though justified by an imminent return to uni) I dragged her alone. Only marginally easier to impress than her Mother, she agreed that this was a powerful, and satisfying, piece of theatre. And, even more extraordinary FKD, who has reason to know, and a bunch of her friends, gave it the thumbs up. Lopa de Veja’s original, whilst not directly informed by Catholic oppression, was a response to the violence of the Inquisition. AdA’s update similar doesn’t pull any punches when it comes to its portrayal of the BJP and the rise of Hindu nationalism.

The rural village, Sahaspur, is getting on with the business of life with Jyoti, daughter of of the joint mayor, Ramdev (Neil D’Souza), the bashful subject of the ardent affections of local Muslim lad Farooq (Scott Karim). He is egged on by comic sidekick Mango (Ameet Chana), she by no-nonsense buddy Panna (Rina Fatania). Both eke out plenty of laughs. Accents are more Bradford than Kolkata. When the sadist Inspector Gangwar (Art Malik) turns up, with soldier sidekicks Ved and Gopi, to fix the election for privileged BJP scion Vihaan (Naeem Hayat), the villagers are cowered, and then outraged, after he rapes Jyoti. The election is contested by Ishani (Sudha Bhuchar) for Congress with adviser Mekhal (Arian Nik) in tow, and it is she who is sent to investigate the Inspector’s murder.

A gripping tale for sure. And Nadia Fall’s high energy direction, with movement from Polly Bennett (especially striking in the revenge scene), lighting from Paul Pyant, sound from Helen Atkinson and composer Niraj Chang (with live on-stage music and Hindi songs courtesy of Japit Kaur), really brings it to life. Yet it will still make you angry that even now this kind of oppression is commonplace, and that horrific sexual violence in India (and elsewhere) is still legitimised by power. The mechanics of the ending are a little less than credible, but no matter, the message of successful resistance is the right one.