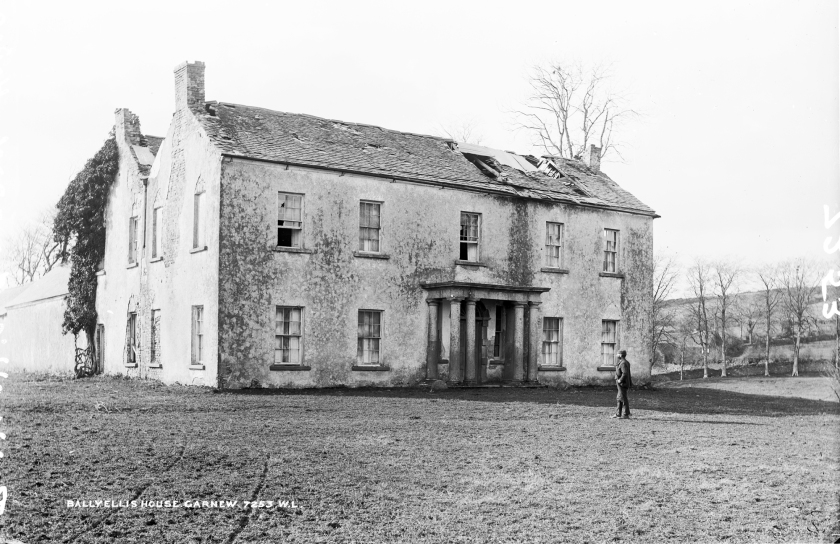 Brian Friel, like his own dramatist hero Chekhov, can take a bit of time to get going. Faith Healer, at this theatre a couple of years ago, exerted a vice like grip on me from the open, though that may have been because it is such a brilliantly crafted and slippery multiple monologue, and thanks to the directorial magic of Lyndsey Turner (the director here as well), and the heavyweight thespian trio of Stephen Dillane, Gina McKee and Ron Cook. Translations, at the NT earlier in the year, is painted on an altogether broader and more thematic canvas, so required a little more cerebral investment (Translations at the National Theatre review ****). Aristocrats is closer to the Russian master, but once again we have a diversity of characters, all with, shall I say, the gift of the gab, so it takes some time for the pot to come to the boil.

But when it does Mr Friel certainly scales the dramatic and semiotic heights,as revelations tumble out, and we watch this sad, trapped family fade from view. The play is set in “the big house”, the Hall, in Friel’s fictional Donegal settlement of Ballybeg. These (largely) Georgian country mansions were found throughout Ireland apparently, but were largely the domain of the Anglo-Irish Protestant families exported by us British to b*gger up Ireland through the centuries, and gifted their land by the Penal Laws from 1695. in Aristocrats the family though is, unusually, Catholic. Not quite Brideshead but cut from similar cloth.

The play is set in the 1970’s and the only income the O’Donnell family now derives from the land is through sales. For three generation the law has been their prime source of income with the largely unseen, and terminally ill, Father (James Laurenson) having been a District Justice. The only son, effete fantasist Kasimir (David Dawson), has failed as a solicitor and now, implausibly, works in a sausage factory in Hamburg with wife Helga and three kids. This leaves long suffering oldest daughter Judith (Eileen Walsh) to look after Dad and shoulder the burden of the decaying house and estate, with substantial help from local fixer Willie Diver (David Ganly). London based daughter Alice (Elaine Cassidy), mired in drink, is unhappily married to Eamon (Emmet Kirwan), the son of an ex-housekeeper, who fully grasps the family’s, and his own, plight. Youngest daughter Claire (Aisling Loftus) is recently engaged and the reason why the family has come together, though clearly vulnerable in her diagnosed depression.

The family is completed by the taciturn Uncle George (Ciaran McIntyre) who has lived in the house since the year dot, and, for the weekend that they all initially come together, an American academic Tom Hoffnung (Paul Higgins), who is researching the history of these very families and houses. The family celebration, predictably, evolves into a bout of ugly soul-searching and thwarted ambition.

This is a family isolated by geography, class, religion and history. Long resented by, and now largely irrelevant to,  the local “peasantry”, ignored by their Protestant peers, wealth dissipated through long economic decline, waiting for the patriarch to die so they can be set free. Dysfunctional, motherless, fearful families are meat and drink in the Irish dramatic tradition, indeed BF himself took this (and the O’Donnell surname) as the starting point for his breakthrough Ballybeg play Philadelphia Here I Come! Both feature three sisters, (well four here as it momentously turns out), and one brother, just like Anton, indeed Aristocrats might be best viewed as a bit too reverential a mash up of Three Sisters and The Cherry Orchard. This is, at heart, a story of a family who haven’t really come to grips with the reality of what they have become, just like Chekhov’s families. The past, in BF’s world, is constructed through the language of the present, “false” memories abound.

Indeed this is a little big a part of the problem with Aristocrats. BF’s evident enjoyment in building layer upon layer of character development and in analysing this particular social, cultural and economic milieu does make the first couple of acts just that teensy big tardy. The set of Es Devlin is the non-naturalistic, bluish sunken box, and carefully arranged objects, including a dolls house to signify Ballybeg Hall, that we have come to expect from her which doesn’t offer any visual distraction, adding further distance. When not involved the cast sits at the back, killing time. Uncle George is largely employed to peel away the covering on the back wall to reveal an idyllic C18 arcadian scene, the history of the house in reverse. This play is, after all, one long goodbye.

Fortunately we are treated to some vibrant performances and it is this that brings BF’s melancholic language to life. I expect it didn’t take long for David Dawson to be cast in the role of the “peculiar” Kasimir. Now nervous Kasimir clearly has a bunch of issues, probably caused by Mummy (a suicide) and Daddy. His elaborate invention of a family in Germany, presumably to mask his own sexuality, his apparent inventions about the distinguished literary and musical figures, most improbably Yeats, who visited the house in the past, his belief in Mother’s piano playing ability. Yet there is a kind of child-like desire to be liked which elicits sympathy. it would be pretty easy to under- or over- play Kasimir but Mr Dawson avoids both temptations.

Elaine Cassidy’s Alice is a more recognisably damaged character, purposeless, and here visibly lost to alcohol, with occasional painful glimpses of self-awareness. Eileen Walsh is persuasive when Judith finally gets to free herself from the house and its routine, and the ambiguity of her relationship wth David Ganly’s Willy (as it were), is neatly conveyed. After all his regard for Claire surely explains why he keeps helping, or maybe there is some residual duty and/or pity.

If the family cannot see the truth then it is left to the outsiders to supply it and Emmet Kirwan shows us Eamon’s duality as part of of, but not born into, the family, and the one who may perversely be most attached to the house. Paul Higgins can’t really convince us as to the reasons why Tom is there, he really is a device for BF to “look into” the play and prompt context, but it isn’t too intrusive.

There are some plays that work better after you have seem them. Aristocrats may be one of them for me. Not as perfectly constructed as Faith Healer, as pointed as Philadelphia Here I Come! or as densely clever as Translations, it takes time to break free from its artifice (which this production does nothing to allay). Yet, and in contrast to received critical wisdom, I have a feeling that the impressions left by the characters and the play may linger as long, if not longer, than these masterpieces. Funny things, memories.