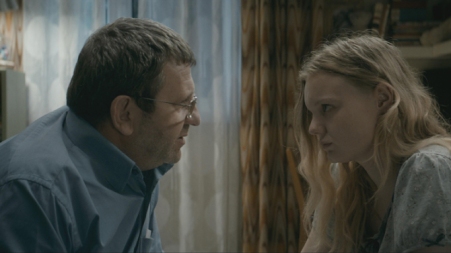 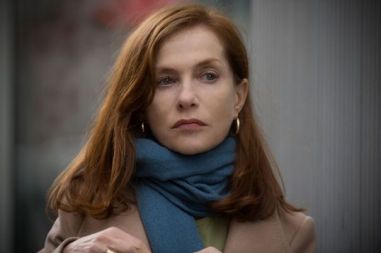 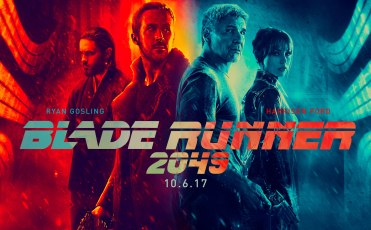 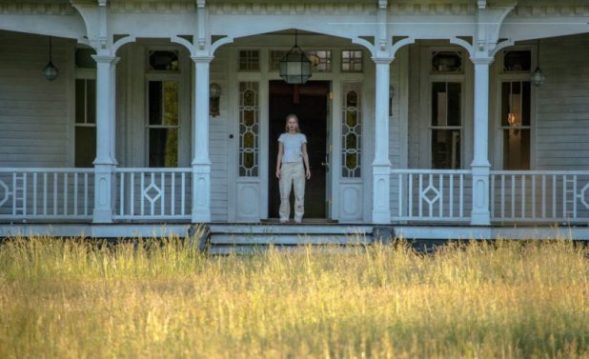 Most of the films I see at the cinema are good, often very good, and mostly excellent. That is thanks to the insight of critics and the adopting of a moderately elitist approach in choosing my viewing. As you can see from the below though it isn’t all miserabilist Central European art cinema. Note the list reflects when I saw the film not when it was released. Right off we go.

Director Cristian Mingiu’s study of endemic, everyday corruption in his native Romania, and the lengths to which a parent will go to secure the future of their child, is an intricate, intelligent masterpiece, with echoes of Haneke. Adrian Titieni plays a surgeon with secrets, and fraught relationships with daughter, wife and mistress. Following an attack on his daughter, (played by Maria Dragus), the day before her British university entrance exam, our surgeon is forced to call in favours to help her get through, but only with her complicity. This tragic set-up permits a queasy, gripping journey through personal and social morality. Astounding stuff.

Another uplifting tale. Not really. This time from the hand of Paul Verhoeven. A rape revenge black comedy with the magnificent Isabelle Huppert in the lead. It is intended to provoke. It succeeds. Ms Huppert is a divorcee who is the unlikely head of a video-game company. She is attacked and raped in her flat but, because of her past, does not go to the police and seeks to track down the assailant herself. Through it all Ms Huppert’s character remains brisk, brusque and unlikeable. Hard to imagine anyone else being capable of, or wanting, to take on the role. The tone is as unsettling and inflammatory as it sounds, and I don’t know how to resolve the ugly contradictions here, but it is one of the single best performances I have ever seen on screen. You’ve been warned.

I know there are many who found this a ponderous, portentous, pretentious bore, and it was a box office “disappointment”, but I loved it. It looks stunning, courtesy of cinematographer Roger Deakins, sounds amazing thanks to Benjamin Wallfisch and Hans Zimmer, the cast, by and large, is at the top of their game, and the story has much to say about the human, no make that, post-human condition and the nature of consciousness. It is way better than the original. The plot, “orphan” sets out on a journey to discover his true identity, is as old as drama itself, so it works, and director Dennis Villeneuve knows it works.. It you just want 100 minutes of CGI crash, bang, wallop with more plot-holes than a warehouse full of Emmenthal, then you have plenty of choice elsewhere. If you want to see what sci-fi cinema is truly capable of, look no further.

Now I am guessing that this won’t appear on too many other best of 2017 lists. It should. Hope Dickson Leach had to scrabble around to get the funding for this, her feature length debut. I pray that, given her extraordinary talent, this won’t happen again. Clover, an immensely thoughtful performance from Elle Kendrick, is a vet student who returns home to crusty Dad, veteran David Troughton, after the mysterious death of her brother. Secrets seep out, and the stunted relationship between father and daughter is probed. The film also offers a rare insight into farming life and economics. It is beautifully put together, though this is no Arcadia, more folk horror. Yet still, as with Graduation, ruthlessly naturalistic. Seek it out.

A vital and fearless polemic from director Kathryn Bigelow and Mark Boal, which pulls no punches in its telling of real life events at the Algiers Motel during the Detroit race riots of  1967. Hand held cinematography from Barry Ackroyd follows the confrontation between racist cope, led by one Philip Krauss, (an extraordinary performance by Will Poulter), seven black men and two white women, that ended with three murders at the hand of the police. The film is bookended with the events that led up to the “incident”, and the court cases and repercussions which followed. It is powerful, gut-wrenching stuff which will make you very angry and leave you wondering how much has really changed in America since those dark days.

Bonkers stuff from director Darren Aronofsky which somehow works. Home invasion horror meets eco-catastrophe parable with Javier Bardem, as a writer with severe block, and wife, Jennifer Lawrence, doing up his childhood home after a fire, whilst trying for a baby. A knock at the door. Ed Harris turns up followed by his wife Michelle Pfeiffer, then their grown up sons and soon what seems like the whole world ahead of the apocalypse. Unsettling, bewitching, laugh out loud funny, brilliantly shot. I can’t wait to see it again.

Another visual feast. Director Sean Baker has set his tale of America’s dispossessed, literally on the other side of the tracks, just next door to Walt Disney World. Halley, an astonishing debut from Bria Vinaite, does what she needs to to support herself and daughter Moonee (Brooklynn Kimberley Prince). Motel manager Bobby (William Dafoe) does what he can to watch over them. It doesn’t end well. Yet most of our attention is focussed on the brilliant blue skies and pastel pink architecture of their motel block neighbourhood, seen from the point of view of sassy 6 year old Moonee and her friends. This may not look like a damming indictment of the gap between rich and poor in America but that is exactly what it is. Along with Graduation and The Levelling it is the film her that sticks longest in the memory.

8. Manchester by the Sea

Another film that doesn’t shout at you but is no less effective for that. Kenneth Lonergan has written and directed a film about one man’s grief and his opportunity for partial salvation. Just as well that that man, Lee, is played by Casey Affleck whose performance is jaw-droppingly good. To make it really work though, it needed Lucas Hedges, who plays his nephew Patrick, whose guardian Lee becomes after the death of his brother, to act up to his level. The past filters through the present, there are moments of lightness and pathos, but no simple resolutions. Make sure to see it.

9. The Death of Stalin

Satire is the most difficult genre to pull off it film. Especially when you are writing about a country and a time which has been endlessly satirised by its own people. Armando Iannucci is a master of the art but this was still his most ambitious project to date. It is blackly and bleakly hilarious.

One more father-daughter relationship to set alongside Graduation and The Levelling. A few more laughs here though not always of the most expected kind. As always the best comedy flows from tragedy. Sandra Huller plays Ines, a high flyer posted to Bucharest. Dad Winfreid, played with relish by Peter Simonischek, follows her. She humours him and sends him on his way. But, with nothing to go home for, he stays and assumes an alter ego as a life coach, Toni Erdmann, with bad wig and buck teeth. Through a series of cringe-worthy, but strangely uplifting scenes, we see Dad and daughter emotionally reconciled. Apparently writer/director Maren Ade whittled this down to a still leisurely 160 minutes. Suggest the DVD extras will require their own disc. Loved it.