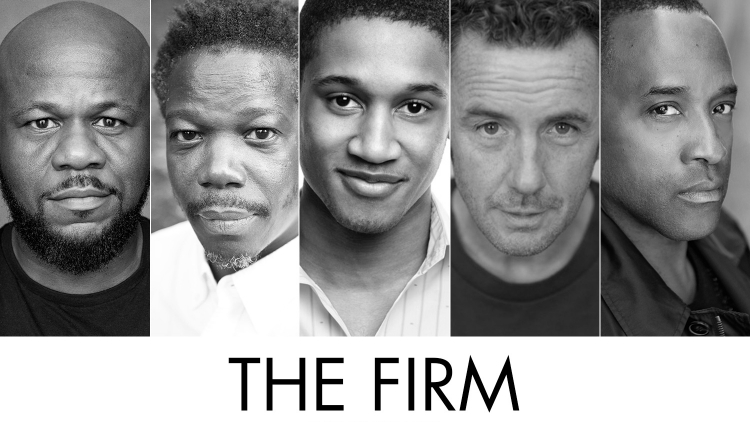 N.B. The Firm is returning to the Hampstead Theatre Downstairs for another run between the 3rd May and 8th June 2019. The Tourist goes to a lot of theatre in London and, trust him, there is no better value than a preview ticket at HTD. Just £5. And here you are taking no risk as it is an excellent play. Even during the main run, at just £14, it is a steal. You’d be a mug to miss this.

How does the Tourist choose whether to see a play?

Writer first, since he/she is the wellspring from which all else flows. In the end all there is is text, actors and audience. And observers and observed have nothing to share without the text. Poor text, poor play. Nothing anyone else can do about that.

Venue second. A function of convenience and familiarity, but also, not unreasonably, if you have enjoyed one production at a theatre, you may well enjoy another. This will probably reflect the vision of the artistic team and the rather grubbier fact of the demographic the executive team wants to prise cash from. On the downside, there are venues where comfort is so compromised that price does not represent value and must be avoided.

Then there is the subject. Not always easy to divine for new plays from the blurbs, teasers and trailers but something needs to pique my interest. As it happens most new drama has its finger firmly on the pulse or contrives relevance from places or times far removed from my cosy little world.

Director next. Same principle as the writer, if you have enjoyed their way of doing things once you may well do again, though this is not guaranteed.

Reviews of course, but the Tourist’s addiction and simple economics, (why paid 70 quid in the West End when I can get a top seat for half the price or less at the original production at the Royal Court or Almeida), means that reviews only help for transferred in productions.

Cast, relevant but not a deal breaker, though expectations rise when favourite names are announced.

Ideally a number of these factors come together. Sometimes though the Tourist takes a punt. As he did with The Firm. Downstairs at the Hampstead normally serves me well, but this is by no means guaranteed. I was interested in the subject, a gang reunited, but concerned it might lurch into cliche. I knew nothing about the work of playwright Roy Williams, director Denis Lawson or designer Alex Marker. I had not seen any of the cast on stage as far as I could remember (based on their bios), with the exception of Clarence Smith. I would like to pretend I had a feeling but I didn’t. And to cap it all I pushed my just-in-time arrival strategy to the limit. So a quick Jimmy, an inward groan at the 1hr 40mins run time and the only seat left tucked in a far corner (mind you the HT Downstairs benches are comfy).

As it turns out this is an excellent play and probably the biggest surprise of the year for me. Alex Marker’s set transformed the reconfigured Downstairs space into a “sophisticated” urban bar, complete with pristine Wurlitzer juke box and array of aspirational spirits brands. We first encounter the nattily dressed Gus (Clinton Blake) who owns the bar, (and, as we discover, quite a tidy portfolio of assets elsewhere), bantering with Leslie (Jay Simpson), the archetypal (and white) Sarf Londoner who has recently left prison. Gus and Leslie are waiting for Shaun to arrive. A party in his honour is planned followed by a night out on the town and then a trip to the Palace, (Selhurst Park not down the Mall, for regrettably they are Eagles), the next day. Shaun never comes. The rest of the “The Firm” do pitch up though, first stout Trent (Delroy Atkinson) followed by a nervous and limping Selwyn (Clarence Smith). But Selwyn brings a young stranger with him, Fraser (Simon Coombs) who, for various reasons, unsettles the gang. He comes with a proposal.

I’ll stop there. This all sounds way more mysterious than it actually is. This is an absolutely riveting insight into the nature of manhood, the camaraderie of criminality, the value of loyalties, the meaning of success and the trials of friendship. These forty/fifty somethings were happiest in the past, right the way back to when they first embarked on their “life of crime”, by The Wall near their school. The pace at which Roy Williams releases the many revelations that show who the characters are, and what they have become, is perfect. We learn enough, but not too much, to keep the dramatic intensity on the boil. We see the damage the past has done and we witness the final break-up of the gang. We see the love and the jealousy the mates have. There is a Pinteresque threat of violence and malice as you might expect throughout, most notably from Gus, who was the leader of the gang, and who is the only one to have avoided a stretch inside. He probes and manipulates the others, until they begin, in their various ways to fight back.

It is also very funny. The dialogue is utterly believable, the banter is spot on. The interplay between the cast is superb. Clinton Blake’s Gus is preening bully, but it is clear from the off that he is troubled. Jay Simpson excels as Leslie, the mediator and the joker, who is trying to start again. (If anyone is ever looking for a Joe Strummer in a play about the Clash here’s you man). Delroy Atkinson as Trent, at first submissive, gradually asserts himself and, in a very powerful scene, shows himself as the only one of the gang capable of pacifying the psychologically damaged, and desperate, Selwyn of Clarence Smith. Simon Coombs as “younger” Fraser is insolent and cocky, but, in a neat inversion, shows some maturity that escapes the others. His final scene with a defeated Gus is gripping.

The play offers no moral perspective on gang membership. It does make abundantly clear though that for men of current, this and proceeding generations, in the absence of other opportunities, this way of life, and the crime that comes with it, is the clearest path to securing the validation and respect of others. It also shows how fragile this respect can turn out to me and how poor men are in admitting, articulating and coping with their frailties and failings.

I may be guilty of reading too much into the play but that is what I saw. I highly recommend it. Roy Williams actually references Goodfellas and West Side Story in the dialogue to remind us of other masterful portrayals of this subject. Don’t get me wrong: this isn’t Goodfellas, but in its own way it is similarly involving. I understand that Mr Williams has mined issues of race, sport, poverty, random violence and teen parenthood in previous works, as well as the father/son relationship in Soul, his last play about the death of Marvyn Gaye. I really hope I get an opportunity to see some of them. He really, really has the measure of his stories and characters.