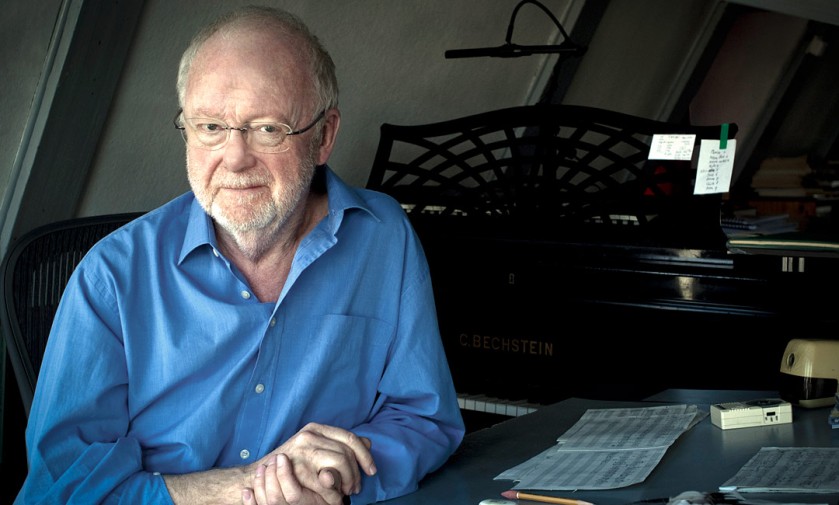 Boundaries. And their close, and troublesome cousins, borders. The bane of human existence. Setting them, seeing them, understanding them, crossing them. We have to set boundaries in what we do, what we learn, where we live, how we interact, how we identify to make sense of ourselves and those around us. Executive, legislature, judiciary create and police them. Arguments flow from them.

So I reckon, if you aren’t going to hurt anyone by doing so, transgressing boundaries every day, from the moment you wake up to the moment you go to sleep is good for you and good for humanity. No need to bother in your sleep. Your dreams and sub-conscious are already on the case.

That then is the only explanation I have for scuttling off to see Icebreaker perform at Kings Place. For this is music well beyond my normal boundaries. Icebreaker are an 11 piece contemporary music group founded by James Poke and John Godfrey in 1989. They combine guitars, electric strings, keyboards, pan-pipes, flutes, saxes, drums and various percussion; not your run of the mill instrumentation so no surprise that they have had a fair few pieces written especially for them. They aim to appeal to contemporary classical, rock and alternative music audience camps alike. There you go. Crossing boundaries. I have poked my nose into the first camp and like the perfume, I once lived in the second camp but left in the mid 1980s and don’t really know how the neighbourhood has changed since then and I have never visited the final camp and don’t really even know what they look like there.

I am guessing that Icebreaker are content to make their music and play to a select. but engaged, audience in appropriately sized venues. Good on ’em and good on whoever supports them. On the strength concert of this I will have to pay attention to them and the composers they showcased.

The concert was part of the year long Time Unwrapped Series at Kings Place which is examining the concept of time in music from all sort of angles. Many participants in the Series have argued that our perception of time is intimately bound up with music. Here were 5 pieces that were written in the last couple of decades, 3 for this very ensemble, which examine the concept of velocity in music, that is the rate of movement, think speed, compared to a fixed point of reference.

I had listened to the Louis Andriessen piece, called Velocity, de Snelhied in Dutch, before in its original form for three separate “orchestras” of unusual combinations, balanced through amplification. James Poke has arranged this for Icebreaker’s smaller forces retaining the structure. Mr Andriessen, there he is above, every inch the modern composer, is generally seen as a torchbearer for the minimalism that was kicked off in the US in the 1960s, and he was one of the key inspirations for the formation of Icebreaker. He was born into a family of composers and is a renowned teacher. The energy, pulse and rhythms of “classic” minimalism and jazz are audible in his music, as well as, who else, Stravinsky, but on top of this he lays big slabs of dissonant sound. It is really exciting stuff and he sounds like he had a lot of fun writing it. de Snelheid was a hit at the Proms given by the London Sinfonietta in 2012. A prom I missed because a) I am a dickhead and b) it was my birthday. Ligeti, Xenakis, Berio, Cage and Harvey in addition to Mr Andriessen were on the roster. Wow.

You would have thought I would have learnt my lesson. Oh no. Same thing last year when I missed the performance of Andriessen’s Workers Union, alongside pieces from the triumvirate of Bang on a Can composers, Julia Wolfe, Michael Gordon and David Lang. Yes, dear reader, two of the very same composers who appeared in this programme. Small world, eh? Which it sort of is really, but it does seem that when composers such as Louis Andriessen are served up to a bigger and wider audience, of boundary breakers, positive surprise ensues, as at the Proms.

Now de Snelhied was apparently inspired when LA was driving with mates in Italy, listening to Prokofiev or Tchaikovsky and someone asks how fast they would have to go to go as fast as the music. Now this seemingly dumbass question is actually quite profound. Like LD saying the other day that she “couldn’t remember her first memory”. Whilst LD has a history of inadvertent hilarity, this actually points up that memory is constructed in the present and not “recorded” in our brains at the time of passing. Which is why it is fallible and plastic. Similarly LA realised that musical speed, like velocity itself, could only be measured, like velocity, by reference to a fixed point.

The piece kicks off with a steady pulse on two woodblocks around which the rest of the ensemble adds various repeated motifs. The woodblock pulse however speeds up at intervals, to close at 4x the pace it started out, (trust me this is very fast). This drags other instruments into accelerating except for one stubborn percussionist on bass drum and tom-toms who bashes out the same infrequent pulse throughout. The underlying chords too remain slow throughout. It is a weird aural sensation initially, but once you adjust to what is going on, you can hear what LA was up to; the tempo is not defined by the speed of the pulse but by the harmonic rhythm. I get it.

The other pieces similarly mess about with the notion of time, or more specifically, velocity in music. Anna Meredith’s Nautilus, here arranged for Icebreaker, introduces a slow strident drumbeat against a rising, skittery brass fanfare, both drawn from the electronic dance music which is Ms Meredith’s other vocation. By the end it becomes impossible to work out if this is a slow piece with a fast overlay or the other way round.

Michael Gordon’s Yo Shakespeare divides the ensemble into three groups, one playing a basic semiquaver pulse, the other two playing respectively in 3:2 and 4:3 against this pulse. There is a beat of sorts in each group, but if you switch between them it gets a bit disorientating. Prof. Paul Whitty, (well named in this context as he is sort of taking the p*ss), has taken this very piece and “deconstructed it” by asking each player to take the notes on each of the pages of their scores and play them in order from highest to lowest. Three of the musicians also chuck in mp3 recordings, unsynchronised, which they may try to translate on their own instruments. The idea is that the timbre, note durations, dynamics and harmony remain the same as in Mr Gordon’s piece but in a disordered, ghostly way. I can grasp the idea but found it difficult to relate the two pieces but it was “fun” trying.

David Lang’s piece does exactly what it says on the tin, or should that be the can. It is 24 minutes of very, very slow note progression, which swirls about and feels very different depending on whether you try to focus your ears on the big picture architecture of the piece or the little details. It does test the patience, no doubt about that, but is it intriguing and has a kind of imposing grandeur. The compositional equivalent of a unified theory of everything, marrying the cosmic with the atomic. Try it.

So there you have it. Icebreaker took me to places I would never otherwise visit and I am very grateful to them for doing so. They delivered a thrilling performance, musically if not visually, as, with all the gubbins on stage, it look more like a studio jamming session than a “gig” despite a bit of coloured lighting. Icebreaker recorded the Gordon, Land and Andriessen pieces as long ago as 1994 so I think it is fair to say they know their way around them. Which is as well I think they are fiendishly difficult to pull off, not because of the notes or technique, but because the person right next to you is off playing something in a completely different time.

So take a tip from the Tourist. Break one of your self imposed cultural boundaries. Hate the theatre? Go and see King Lear, ideally in a language foreign to you. Love Mozart? Listen to some grindcore, though be wary of the lyrical extremes. Enjoy all that Tate Modern has to offer? Explore a cathedral. Canterbury, Ely or Wells would be my first choices. Ed Sheeran popping up too often on your Spotify? Try Neil Young. And so on.

What have you got to lose? Other than a couple of hours of your life. Being miserable. Still YOLO.