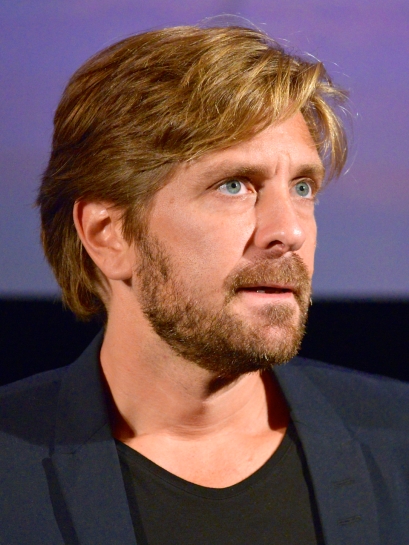 Ruben Ostlund’s last feature, Force Majeure, is one of my favourite films of the last few years. Now we have The Square to set alongside it. Longer, more ambitious, a bit baggier in places, it once again deals with the nature of embarrassment. This time though there is a healthy dose of satire laid on top. initially at the pretension and contradictions of contemporary art, with Mr Ostlund subsequently taking aim at a lot more targets along the way. It is excruciatingly funny.

The blurbs make a lot of noise about the participation of Elisabeth Moss and Dominic West. Ms Moss, who I only really know from the TV adaptation of the Handmaid’s Tale, has a job to do playing American journalist with whom the lead character, Christian, has a one-night stand. And she is very good in the role. (As an aside my advice to those who want to sample the pungent and vital voice of Margaret Attwood, probably the greatest living English language novelist, should stick to reading her books. I know she gets involved with the TV adaptations but for me they do go on a bit. There. I’ve said it). Dominic West also chips in with some low grade scenery chewing but it’s really just a cameo.

Nope. this film is really about two people. The wonderful Danish actor Claes Bang in front of the camera and our Ruben behind it. It has already garnered a hatful of awards, should have won the Foreign Language Oscar, and will be seen a a classic in decades to come.

Christian is the suave curator of the X-Royal gallery in Stockholm (the real Nationalmuseum, currently being refurbished, offering up its elegant services for the exterior shots). Anne poses some naive questions which flummox him. He is robbed when intervening to help a woman on the street. He and his assistant track his phone and hatch an ill-advised plan to letterbox mildly threatening leaflets to the apartments in the block where his phone apparently lurks. Plot A goes downhill from there. In Plot B the distracted Christian ends up sanctioning a viral campaign to promote the gallery’s latest exhibition. That also ends really badly. Throughout we see Christian’s self-image of progressive liberalism unravel to reveal darker class, intellectual, racial and sexual prejudices. He is a pretty selfish man. A modern, privileged, anxious Everyman.

Ostlund is motivated to explore all those situations where we confront when we should walk away or ignore when we should intervene. There is a sharp dissonance between the way the characters feel they should behave, in polite, liberal society, and the way they actually want to, and do, behave. Consequences flow from banal and absurd decisions. The animal instincts beneath the veneer of sophisticated humanity are revealed, literally in one memorable scene from actor Terry Notary. Ostlund carefully juxtaposes the wealth and lifestyle of the metropolitan elite in Stockholm, the apotheosis of “equality”, with want, in the form of beggars. Civilisation, whether in the form of art, technology, commerce, behaviour, is fragile.

Ostlund claims that some of the episodes are drawn from his own experiences. He and producer Kalle Boman devised an installation, called the Square of course, for an exhibition in 2014. Like its fictional counterpart ,”the Square is a sanctuary of trust and caring. Within it we all share equal rights and obligations.” The installation in the X-Royal gallery bears a striking resemblance to the work of Robert Smithson. The scene where a man with Tourette’s Syndrome interrupts a press conference happened at a Swedish theatre and Ostlund claims he was mugged in the rather ostentatious way in the film’s opening. Ukrainian-Russian artist Oleg Kulik who performs as a dog is the inspiration for one of the scenes.

Now you might reasonably say the film is a little long, but there isn’t one of the carefully crafted scenes that I would remove. You might also say that its doesn’t really go anywhere, and the narrative is unstructured, but that is the point. Characters jump into the plots unannounced heightening the discomfort. There is a surreal quality to the film, but that reflects more the images which Ostlund selects and the way he shoots his scenes, and the breaks between them, rather than any specific quality of ‘unreality”. There is also a link to the best of sit-com for me where the hapless hero, in an attempt to avoid embarrassment digs himself deeper and deeper into a hole. As in Force Majeure Ostlund has an ear for musical motifs which enhance the spectacle. I recognise the Bach setting and the Bobby Ferrin/Yo Yo Ma mash up; you hipsters will be alert to the more modern grooves.

In a failing bid to keep up with BD’s chosen academic specialism, and because it is so interesting, I have found myself delving into idiot’s guides to social psychology. Ruben Ostlund’s extraordinary work seems to mine hte same vital territory. I am going to watch this film again and again.