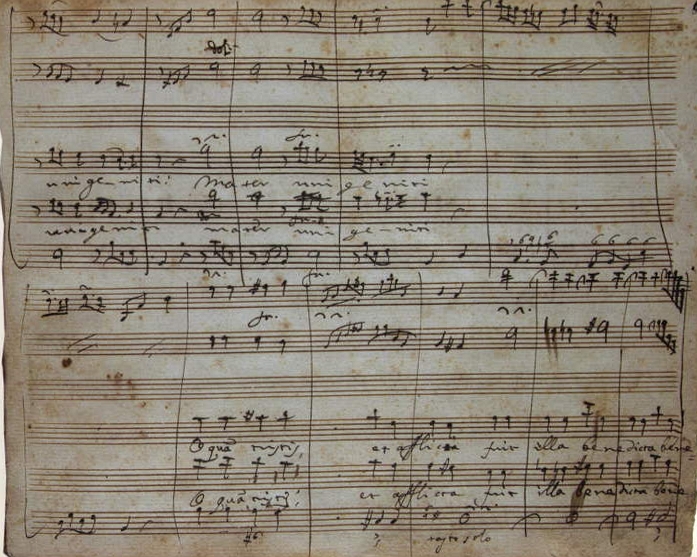 As usual after BUD and I had chewed over the big economic, social, philosophical and political questions of the day, and reminded each other just how clever we are, as well as scoffed on some tasty, if evil, fare at the redoubtable Bad Egg in Moorgate, there was minimal time for a preview of the evening’s entertainment. Which meant that BUD got the shock of his life when Tim Mead opened his mouth in the second of the Handel cantatas in the programme. He wasn’t expecting a counter-tenor. Especially from a man who could easily pass as the next James Bond given his rugged good looks and sartorial elegance.

My what a voice though. Now if you are a fully paid up, Baroque, (especially Baroque opera), and, increasingly, Contemporary classical, music enthusiast, you are going to come across a fair few counter-tenors. I think I have heard voices with more power and range than Mr Mead’s but not as much clarity and brilliance. This was apparent in the “Il Duello Amoroso”, a decidedly dodgy tale of unrequited love between a shepherd and a goddess, where the counter-tenor and soprano voices sparred elegantly. It really came to the fore however in Pergolesi’s wham-bam, smash hit Stabat Mater.

Pergolesi didn’t get up to much musically. Dying at 26 from TB didn’t help, and, if I am honest, the bits of his output I’ve heard, (or have recordings of), beyond the Stabat Mater aren’t that memorable. Churning out lightweight, comic operas, for your ADHD aristocratic patrons is not, unsurprisingly, a recipe for a lasting musical legacy. When he hit upon this medieval Latin setting of the Christian staple of Mary lamenting her son’s suffering on the cross, he struck gold though. Just a shame it was only completed a few days before he popped his clogs. Still thanks to Bach, and others, the score was widely disseminated in the C18 and has never gone out of fashion.

That’s because, musically and lyrically, he doesn’t hang around. The 12 verses make a virtue of brevity. None is more than 5 minutes long and the whole comes in at 40 minutes. There is loads of contrast, audible human touches and plainly programmatic twists where text and music are perfectly matched, and the fusion, for that is what it is, of Baroque and early Classical, means it is easy, and very affecting, on the ear. Others have had a stab at setting the Stabat Mater, Vivald and Haydn, come to mind, but this tops the lot.

Obviously the AAM, especially the strings, nailed the score, and gave plenty of space for the two excellent soloists to capture the drama and pathos of the setting. Whether individual aria or in duet both singers seemed to really care about the music and text. Forget the religious mumbo-jumbo, this is the moving story of a Mum’s grief. Best bit. The Fac ut portem Christi mortem from Tim Mead alone. Very moving.

I was less convinced by the Handel. That’s just me and Handel though. It is always a pleasant experience listening to GFH but it never really involves me.  Even 4 hours of his operas. I hope to get lifted up and swept along but always end up earthbound. Even, whisper it, in a Messiah. He’s a flash Harry make no mistake, and all those voices, here, there and everywhere, is proper WOW, but it all feels a bit devoid of emotion. A man can only have so much bouncing bass and celebratory trumpet action. Anyway I was happy enough to go with the pleasant enough flow in these two cantatas.

The programme kicked off with Corelli’s Op 6 No 1 Concerto Grosso. You cannot go wrong with that. The 12 Concerto Grossi are like a Corelli greatest hits collection. There will always be some stunning concertante work, the two violins and the darker cello, beefed up by the ripieno players, the rest of the band. This concerto has some brutally fast semiquavers stuff for the solo cello and his violin mates and some lovely lyrical, slower dances to kick off the first couple of movements. There is plenty of room to blag which Bojan Cicic, (he really is a top violinist), Rebecca Livermore and Joseph Crouch took full advantage of. The whole band though seems to delight in playing together. That is why, even if I am not absolutely sure of all the musical ingredients, I will try to see all their London concerts.

I recommend you try to do the same, especially if you are new to the Baroque. And I also heartily recommend you dip into recordings of Pergolesi’s Stabat Mater and Corelli’s Concertos if you haven’t already. You won’t regret it.