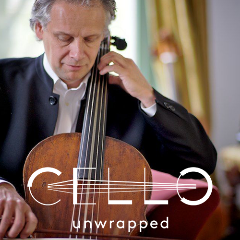 If I had to pick my favourite venue in London for classical music it would probably be King’s Place. The design is lovely. The acoustic is perfect, especially upstairs. The welcome is warm. (I lost a book there once. They found the book and then they found me). The programming is interesting. In particular the year long seasons which artfully pull together chamber music across a genre or theme. This year, Cello Unwrapped; in the last couple of years, the Baroque and Minimalism. Next year, Time Unwrapped, a more ambitious conceit which is chock full of interesting programmes. To be fair it has helped that the last three years have focussed on particular favourites of mine in terms of period and instrument but, even so, I heartily recommend Kings Place to anyone who isn’t already a regular. Bear in mind too that I am only really a consumer of the classical events: there is plenty of other stuff, music, comedy, spoken word, going on there as well. Finally they make a decent cup of tea in the caff upstairs, the loos are spotless, and there is usually some free art to soak in before, after or during the interval. And, in the summer, there is a pleasant saunter available along the canal.

Now I appreciate that the very best chamber music is likely to be found elsewhere in London, specifically the Wigmore Hall. The Wigmore certainly has its charms, but the legroom isn’t up to much and, if you intend to spend a fair time in her formidable company, you had better get used to seeing the back of other peoples’ heads. I am partial to Cadogan Hall but the repertoire is mostly orchestral and requires careful sifting. St John’s Smith Square delivers some stirring stuff for Early Music, Baroque and Contemporary enthusiasts like the Tourist but there is no hiding the fact that it is a Church, atmosphere therefore trumping sound and comfort. Mind you it is a beautiful lump of Baroque, fancy enough to satisfy, but not so fancy as to make one queasy. Thomas Archer’s buildings have taken a bit of a hammering in London, (go see St Paul’s Deptford if you don’t believe me), so it is good that this, maybe his best, looks so perky. I am also very, very partial to Milton Court Concert Hall, largely for the same reasons as Kings Place, and St Luke’s Old Street, where the interior has been brilliantly re-crafted by architects Levitt Bernstein. But, in both cases, the number of concerts which match the Tourist’s tastes, is constrained.

I digress. It was the programme here that attracted me as I confess no knowledge of Ms Wispelwey before this evening. Bach obvs, it being impossible to hear the cello suites too many times in a lifetime, but also the Britten which echoes old JSB, and the Ligeti, which, in its own way, is also an homage to the old boy. Ligeti is rapidly becoming my favourite mid/late C20 Modernist. It’s great this “finding out about new music” lark.

Apparently Britten intended to emulate Bach and compose six cello suites but this, unfortunately, was the last, written in 1972. His last operas, Owen Wingrave and Death in Venice, and then his failing heart, got in the way. Shame. I prize Britten’s chamber pieces above all of the rest of his glorious music. Obviously more personal but deeper, spikier and, if it is possible, cleverer. There are times, though, when Britten’s genius can be too satisfying, like a musical Vermeer, You just want him to cut loose. In some of the knottier passages of the chamber music this is what you get.

Actually scrub all the above. The reason why BB is the greatest English composer since Byrd, (sorry Purcell and Elgar fans), is the operas, of course. You can keep your Italian melodramas: give me Billy Budd, The Turn of the Screw or Curlew River, (yep opera doesn’t have to be full orchestra and divas belting out love arias, in fact it is better when it isn’t), any day of the week. The whole must always be greater than the sum of the operatic parts in my book, and singing cannot smother drama.

Now this last suite has some deceptively simple ideas but the overall effect is still one of immense variety of expression. A four note motive is set against a repeated bass in one of Britten’s favoured mournful Passacaglias, with repeated pizzicato, which precedes the 3 Russian folk songs arranged by Tchaikovsky and the Orthodox hymn the Kontakion chant, which act as the conclusion. Remember this was written for, and first performed by his friend, the great Russia cellist Mistislav Rostroprovich, after hearing his performance of the Bach suites. After BB’s death Mr Rostroprovich couldn’t bear to play this piece.

Earlier in the piece we have a very quick, unsettling Moto Pertpetuo which appears to invert the motif and a stately Fuga which sets it against the main line, and suggests the counterpoint which JSB famously conjures up in his suites. Elsewhere we hear a Dialogo, marked allegretto, which flips across two staves, a Barcarola, which echoes the famous Prelude from JSB’s No 1 Suite which opened this recital, a jittery Marcia, and a strange Canto. Mr Wispelwey, in very droll fashion, introduces the piece by, er, introducing each of the short movements, which provided both bearings and an insight into Britten’s compositional process. All in all, a very satisfying rendition of one of BB’s finest works, IMHO.

The Ligeti sonata is made up of two movements, both written relatively early in his career, 1948 and 1953. The first, Dialogo, a slow movement, was written for a cellist who GL fancied. It is based on Hungarian folksong, (always a rich source of inspiration for the great man), and alternates from high to low ranges, apparently representing a conversation between a man and a woman. The Second movement is a Capriccio is a rapid Moto Perpetuo that, in places, would be tricky enough on a violin, let alone cello. It’s brilliant. Like the Britten the debt to JSB isn’t hidden, notably in the manic string crossing, as ears and mind rush to keep up with the musical invention. The thing about Ligeti for me is that his music always seems to be having a laugh. None of this thorny intellectualism that can so often block your path into contemporary music. There is a celebration of Ligeti’s music at the South Bank in May. Yea. I am signed up.

No need for me to rabbit on about the Bach in detail. You will know these pieces. They are, in essence, just dances. But what dances. If you don’t know them then you should. No point living a life without the best of Bach. Make it your New Year’s resolution.

I shall be looking out again for Mr Wispelwey’s recitals. He made these technically demanding pieces look easy, (well maybe not that easy), and has a very direct style which made it relatively straightforward to follow the line of the music. He has a winning charisma, and a natty shirt/waistcoat combo, but when it all got seriously emotional on stage, we were rapt. He knows the Bach suites like the back, front and sides of his hands, he has recorded them three times. I just bought the last recording, played on a Baroque cello, tuned at a lower pitch (392 vs 440 normally). Apparently he plays fast and loose with the usual tempo interpretations. Can’t wait to find out what it sounds like.