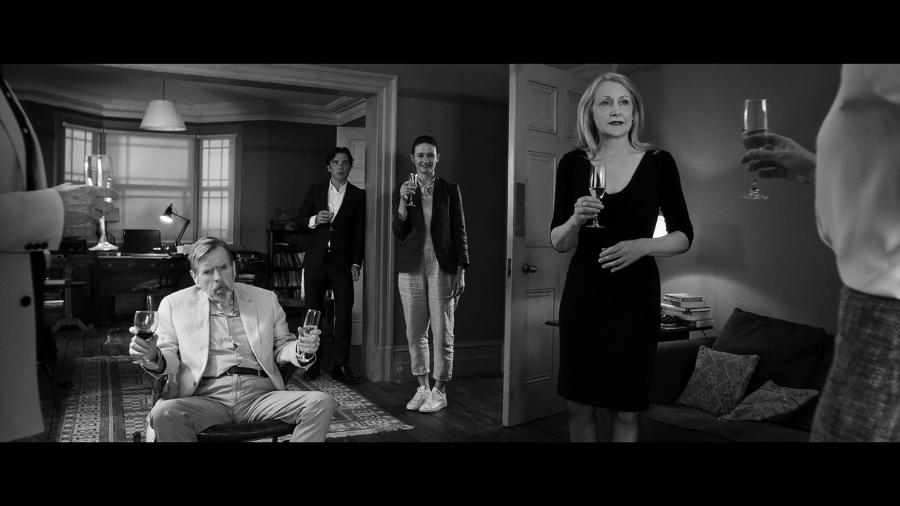 Other than Orlando this was the first Sally Potter film I had seen. Neither have I seen any of her theatrical events. Which is surprisingly because I would have thought I was bang up the target audience for her work. Ho, hum. So much to see, so little time. Anyway, based on the proper reviews, and the potent cast, this was a must-see.

Now it has been one of my dreams to end up with a cinema all to myself. A combination of art-house sensibilities, day-time opportunity and indolent booking means I have come close a few times. Well my dream was finally realised. I am not entirely sure why the very classy PictureHouse Central, (which as the more observant amongst you may have surmised occupies a prime Central London pitch) was showing this film mid-afternoon on two screens. However, their seemingly thin grasp on retail cinema economics left me sitting in the box seat like some latter day Howard Hughes. I am certainly armed with all the necessary behavioural tics and misanthropic tendencies.

On to the film. We have a very dry, black (and white) comedy of manners which skewers the pretensions of an assembly of metropolitan elite types. Kristin Scott Thomas’s Janet has just been appointed as a left-leaning Shadow Health Minister. She is throwing a small gathering in a Bohemian, bookish London townhouse to celebrate. Think Hampstead old money. Our first sight of her is alarming but brief. One of her phone calls goes well beyond perfunctory congratulations.  The ever watchable Timothy Spall is her gloomy academic hubby Bill, who we first see slumped in his chair, glass of red in hand, then fiddling with his album collection (vinyl of course and extremely tasteful – no Bananarama greatest hits lurking at the back like some people I know). Bill clearly has “something on his mind”.

First guests to arrive are caustic cynic April (Patricia Clarkson) and her ageing hippy German boyfriend Gottfried (Bruno Ganz) who turns out to be a vacuous “life coach”. They are followed by feminist writer Martha (Cherry Jones) and her younger girlfriend Ginny (Emily Mortimer) who is pregnant, but not sure Martha is overjoyed at the prospect of parenthood. Finally we have unhinged coke fiend and “banker” Tom (Cillian Murphy) who claims his wife, Marianne, will join the throng later. Bombshells of various sorts are then dropped at regular intervals. It doesn’t end well. The usual schtick for a dramatised party. I guess a bunch of fifty-something, suburban, middle class Londoners getting shit-faced, carefully skirting around the political and dancing badly to 80s classics isn’t going to get anyone a film festival prize.

The action is restricted to the house lending a theatrical air and the cast is phenomenal. You can practically hear Ms Potter licking her lips with relish as she sets to work on all the hypocrisy and narcissism that her Leftish character types display. It is so satisfying to see the starkly lit, black and white close-ups reveal the true emotions of these brittle bourgeoisie. There is an air of Bunuel about the set-up if not the outcomes, some Chekhov, (he is always lurking somewhere whenever posh people are holed up somewhere), by implication Stoppard with the brainiac dialled down and some non-malevolent Pinter. Very good company to keep. The humour flows from the inability of the characters to elevate their real responses to the stream of revelations over what they think are the right responses.

The film is sharp, short, (just 70 minutes played moreorless in real time, wouldn’t it be good if more writers/directors had the confidence not to pad out unnecessarily), and relentlessly hits its targets. It is maybe a bit too pleased with itself, and I couldn’t help thinking that the film, its characters, its director and, in this case the audience of one, are all actually in the same echo chamber of “cultural privilege” that it is taking potshots at, but it was still a pleasure. The one-liners end up trumping the message and creaky plot which turns out, in the end, to be to its advantage.