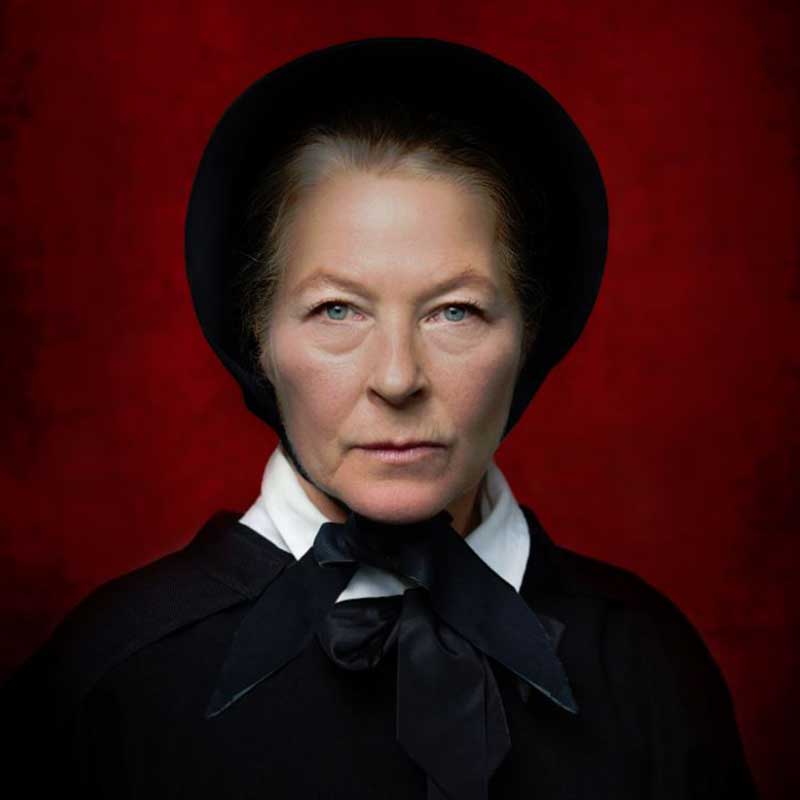 Once again a review of a play whose run is over. Apologies. This revival of Doubt, A Parable, by US playwright JP Shanley, was efficiently directed by Che Walker, but turned out to be a little slighter in form and content than I had expected. Its original premiere on Broadway in 2005 led to 4 Tony Awards in that year and the award of the Pulitzer Prize for drama. A film version from 2008, which I had not seen, sported the combined talents of Meryl Streep, Philip Seymour Hoffman, Amy Adams and Viola Davies.

So I had expected big things. And, whilst this is a taut and intelligent exploration of a vital story, which offers scope for fine performances, I was a little disappointed at the strict naturalism of the play, its basic structure and its lack of multiple perspectives. The play is set in St Nicholas Church School in the Bronx in 1964. Father Brendan Flynn played by Jonathan Chambers is an apparently caring and popular progressive parish priest. Arch conservative Sister Aloysius, a suitably flinty Stella Gonet, is the school principal and is concerned that Father Flynn may be abusing his position. She invocates the younger Sister James (a wide eyed Clare Latham) to assist her in confirming her suspicions. They confront Flynn. His denial prompts Aloysius to turn to the mother of Donald Muller, the supposed victim, but she chooses to look the other way. Sister Aloysius refuses to relent and engineers a ruse which eventually pushes Father Flynn out, but through promotion to another school.

We never know whether or not Father Flynn is guilty of the abuse and JP Shanley’s text is meticulous in the way it creates doubt in our minds, as well as the four characters, throughout the 90 minute piece. The confrontations, between the two Sisters, Father Flynn and the Sisters, individually and together, between Sister Aloysius and Mrs Muller, and very well constructed and the language rings true. The sermons that Flynn delivers, on doubt at the outset, and later on gossip, are also sound theatrical devices to advance argument.

Yet it still all felt just a little predictable with characters that were just a little stilted. The tone of the play, exacerbated, by PJ McEvoy’s dark, shadowy set which imagines the space between the school and church buildings, is appropriately stifling but this does make the whole production a little one-paced. Mind you the performances of all four actors were admirable especially Stella Gonet who powerfully rendered Sister Aloysius’s external certainty and internal doubt and Jo Martin (last seen by me in the excellent Rolling Stone at The Orange Tree) who persuaded us why Mrs Muller might be prepared to overlook the possible abuse of her son, who is the only African-American in the school, “in his own interests”.

This a play that is definitely worth seeing as it adroitly explores the issue of abuse within the Catholic Church and it is a fine text, which, as all good theatre should do, embraces ambiguity and interpretation. By leaving us guessing however, to up the dramatic ante, it leaves rather too many loose ends to be truly great I think.