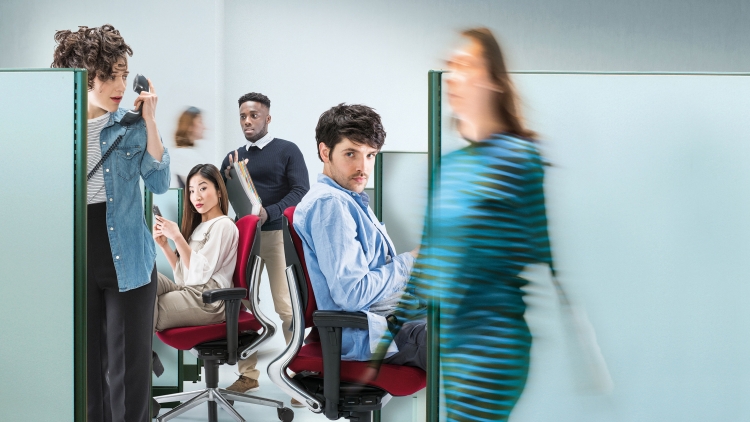 Right. This might actually be a review of, albeit dubious, utility. There are 3 weeks or so left on the run and there are  a fair few tickets left. And this is a fine piece of theatre with an interesting premise, formal innovation, enough material to cogitate on but not so taxing as to ruin your night out, and all in the convivial and convenient location that is the Hampstead Theatre.

The proper reviews give you a realistic flavour, though I think they maybe oversell the “frustrated millenials in workplace” drama that characterises the first half, and undersell the sharpness of the satire on “ownership of stories in today’s world of commoditised fake empathy” that drives the second half.

On the face of it this is a very different play from flavour of the month Branden Jacobs-Jenkins last London outing, An Octoroon at the Orange Tree (review here An Octoroon at the Orange Tree Theatre review ****). That play was a dissertation on the notion of identity in the theatre using the guts of C19 playwright’s Dion Boucicault’s “slavery” melodrama, The Octoroon. Very clever, very entertaining. Gloria is also clever and entertaining but in a more subtle way (one coup de theatre aside). Moreover it also riffs on the ownership of narratives which for me is something theatre is uniquely able to address.

The first half is set in an NYC magazine publishing house where three put-upon late 20s assistants bemoan their lot with a mixture of anger, humour and resignation. Kae Alexander plays Kendra, an entitled Asian-American princess who is long on railing against the iniquity of the thwarted career opportunities for her generation, but short on any work ethic that might help to change this. Ellie Kendrick (last seem by me out-Oscaring all those Hollywood chumps in the brilliant film The Levelling, which cost about the same as one Oscar night table of goodie bags to make) plays Ani, whose outward show of sweetness and light likely masks a more ruthless streak. Colin Morgan (you know Merlin in a former life) plays Dean, just turned 30 and still lapdog to unseen editor Nan. They are joined by the seemingly ineffectual intern Miles (Bayo Gbadamosi), and visited by the eponymous frustrated office lifer Gloria (Sian Clifford) and stressed fact checker Lorin.

The detail of the frustrations that each of these characters face is well observed (BJJ spent a few years at Vanity Fair) and pretty funny. This first half does get close to outstaying its welcome but BJJ has a cunning and surprising trick up his sleeve to bridge us into the second half. I will leave the description there: suffice to say that the second half explores its chosen themes with the same economy and insight as the first. I see some of the criterati don’t recognise the office workplace on show here: I think that says more about them than it will about you (assuming you are not some ancient has-been like me and the other educated pensioner types who are always getting in the way of the more worthy younger punters in the quality London theatres).

In contrast to An Octoroon this play is not chock full of meta devices and playful alienating effects. It is, broadly, a naturalistic structure but the use of doubling for “new” characters in the second half, whilst hardly revolutionary, works well, at least for me. I can’t wait to see more of BJJ’s plays over here. and, given the reception afforded to this and An Octoroon, these should not be too long in coming. And best of all when asked in the programme interview who his favourite playwright is, he answered Caryl Churchill. What an astute young(ish) man.

I am dubious about filling a cast up with young names off the telly even if it does offer the prospect of better economics for producers/artistic directors. Here however it worked a treat. The entire cast was faultless but our three millenials shone. Michael Longhurst is blessed with the ability to perfectly pace any play he directs and Lizzie Clachan turned in another set which which offered an elegant solution to functional necessity. It is possible to make a vernacular theatrical settings elegant, but I bet it’s not easy.

So if I were you I would give this a whirl. Worst case you get to here a bit of JS Bach (a slightly different take on Gloria).