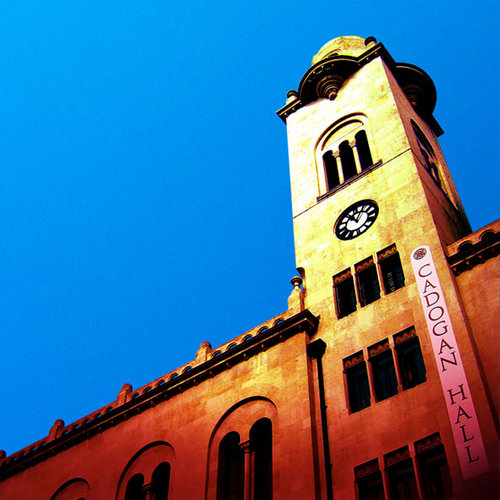 A welcome innovation from the RPO at its Cadogan Hall home. As a prelude to the main concert a short chamber concert was served up. In this case, an intriguing pairing of one of Berio’s Sequenzas, here for trombone, alongside Prokofiev’s infrequently programmed (at least in my experience) Quintet. The main concert was a triptych of favoured warhorses which can usually tempt me in.

The Berio piece is the usual exploration of musical technique that these sequenzas demand. There is a healthy dose of humorous novelty at work here in the techniques employed and some of the directions in the score, best of all, the fact that the soloist, has to dress up as a clown (I’ll let you look up Berio’s reasons for this!). The Principal Trombone of the RPO, Matthew Gee, didn’t disappoint, either in his rather elegant outfit (shoes and bald bloke wig being the main concessions) or in playing. The piece is fascinating but smartly doesn’t outstay its welcome.

The Prokofiev Quintet is scored for oboe, clarinet, violin, violin and double bass which gives plenty of opportunity for the quirky invention that our Sergei seemed to revel in. The six movements have plenty of dynamic colour and the derivation of the piece, originally a commission for a chamber ballet, is very clear, I was reminded once again that I need to pay more attention to Prokofiev’s chamber music. So I will.

As for the main orchestral pieces, well the Debussy washed over me as it always does so I am afraid I am no real judge of Mr Brabbin’s interpretation nor the RPO’s performance. The Beethoven however took me back to familiar ground and this was a stirring performance by all concerned. Jan Mracek was making his debut with this orchestra having established a growing reputation in his native Czech. His playing is certainly idiomatic of his homeland which made for an interesting contrast with Mr Brabbin’s very deliberate reading. It livened up for finale though I confess I have heard more uplifting endings.

The Shostakovich was the meat course for me though and here Mr Brabbin’s careful phrasing and cool incision paid dividends. This was a performance that really drew out the Mahlerian parallels especially in movements 2 and 3. No irony in the ending here. This was definitively the response to “just criticism” that Shostakovich claimed it was (probably to save his own skin) and could easily be digested by those partial to a bit of C19 romanticism. The pounding Russian rhythms and banal folksy melodies were in evidence but this was more Autumnal middle Europe than Siberian winter. Stalin would have been made up with this first movement. I am not sure this is how I want my DSCH 5 to always sound but it was satisfying to hear this approach given a full airing.