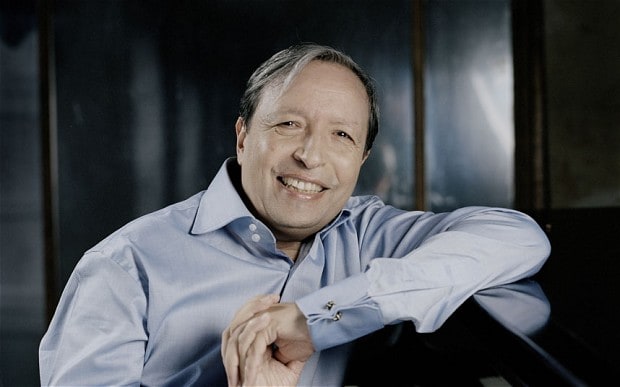 Murray Perahia is a great pianist. No doubt about that. And I am always keen to hear his Beethoven interpretations. However the last few concerts I have seen in London from him have been a mixed bag. The solo recital this time last year was a little underwhelming with a fine Mozart A minor sonata offset by a curiously underpowered Hammerklavier. In contrast his Beethoven Piano Concertos 2 and 4 earlier this year, with the Academy of St Martins in the Fields which he also directed, were marvellous. Another performance of PC No 4 under the mighty Bernard Haitink’s baton was also sensational.

In this concert we had a similarly puzzling evening. The Bach was the best of the bunch, played with great clarity and musicality and with that lovely counterpoint revealed in all its perky glory. I won’t comment on the Schubert – I just don’t really get on with it – but the audience was clearly persuaded. I didn’t know the mournful Mozart Rondo but this was a compelling rendition so I will need to check it out.

The Beethoven, his final sonata, with its curious structure and strange, ethereal musings, took a bit of time to get going. Mr Perahia’s treatment of the Maestoso opening of the first movement was more deliberate than the recordings I know (Pollini and Paul Lewis are my favourites) but by the time we reached the fugal development, which uses the whole keyboard, it was back in the groove. The longer second movement, with its six variations largely in C major, was much more convincing and here I got lost in the beauty of Beethoven’s music. The movement is near 20 minutes in total but always seems timeless to me.

So a fine evening of solo piano music but not quite as engrossing as I had hoped.