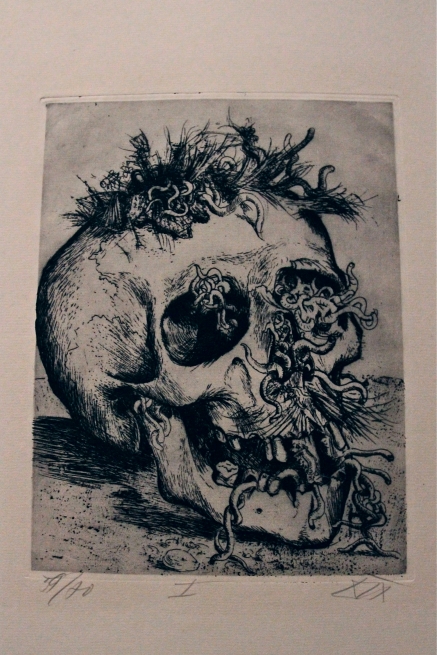 Aftermath: Art in the Wake of World War One

Historians abhor teleology these days. It’s a tricky business identifying events that “changed the history of the world”. For us simple layfolk though the First World War must surely mark a defining shift in the human experience. The scale, (over 10 million dead and 20 million wounded worldwide), the use of technology, the commitment of capital, the ideological fallout, the death-knell of empire. Take your pick. Things really changed after that.

We are approaching the centenary of the end of that War. Time to contemplate. And, here, a time to review the interpretation that artists put on this period. Well specifically the period after the war, (the works span 1916 to 1932). A smart idea. There are innumerable works of art that document the war itself, the exhibition kicks off with many of the most striking, but exploring the aftermath allows for insights into the different ways artists responded to the war’s legacy and to the, maybe, new beginnings. It also means the curators, led by Emma Chambers, were able to extend beyond British art and into Europe, primarily Germany and France (London, Paris and Berlin to be more exact). There are some stunning works on show here, a valuable history lesson, and more diversity of message than you might expect. You’d be daft not to take a look. Particularly if you have any interest at all in this period of history. Which, inevitably, you should. Art helps us to remember and understand in a way that words something fail to convey.

Room 1 looks at the devastation wrought by the war. Many of the artists here were participants in the conflict, either as soldiers, or in an official capacity. The polity back home generally didn’t want to know, nor did the authorities want them to see, the full horror of war. The depictions of battlefields, mud, pitted with craters, shorn of vegetation other than twisted tree stumps, eloquently made the point. Before the war many artistic movements, (Futurism, Vorticism), grappled with the impact of fast changing technologies on society. This impulse found its way into their war art.

The experience of war drained their optimism. Some artists could not contain their shock and anger at what they saw and went beyond symbolic representations of death, such as the abandoned helmet, to show actual bodies. The room also contains some fascinating early footage of the devastation in Flanders, filmed from an airship, and, intriguingly, guide books to the battlefields to help those who visited to pay their respects.

The most devastating works of Paul Nash (Wire), CRW Nevinson (Paths of Glory) and, most interesting here, the long neglected and once vilified Irishman William Orpen (Zonnebeke and Blown Up), may be familiar but are still striking, as is Luc-Albert Moreau’s shocking Chemin des Dames Assault. Richard Carline’s painting of a battlefield from the air (Mine Craters At Albert Seen From An Aeroplane) is intriguing but the most prominent works are the two sculptures, Jacob Epstein’s machine man Torso in Metal and Wilhelm Lehmbruck’s The Fallen Man, maybe the most famous loaned artwork here. Lehmbruck never escaped the horror of war: he killed himself in aged 38 in 1919.

This is not an exhibition of specifically war art though and, with so much to choose from both in the Tate’s collection and down the road at the Imperial War Museum, the curators have shown admirable restraint. They make their point though.

Room 2 intelligently moves on to how the WWI has been remembered, specifically through war memorials. Cenotaphs in Paris and London, dedicated to just one of the countless unknown dead, created a focus for remembrance from their inauguration two years after the armistice to this day. No national memorial appeared in Germany until 1931 but, like Britain and France, local memorials were commissioned. These memorials combined the abstract with, often, detailed figurative representations of the men who served. We were struck by Charles Sergeant Jagger’s dramatic, realist figures and by Eric Kennington’s more cubist maquette for the Soissons Memorial. BUD, my accomplice for the afternoon, was also impressed by the monumental lines of Marcel Gromaire’s famous War portrait and I had my first dose of the master Stanley Spencer with Unveiling Cookham War Memorial.

However it is hard not to drawn to Ernst Barlach’s extraordinary angel The Floating One. Barlach’s sculptures, along with Lehmbruck’s, were largely destroyed by the Nazis, who viewed them as “degenerate” but a mould of this piece survived. There is also, in a similar “Expressionist” vein, a sketch for The Parents monument by the genius Kathe Kollwitz (the model for The Floating One we see more of her later in Room 5). Barlach initially supported the Great War: his participation changed this.

Take a good look too at another Orpen painting, To the Unknown British Soldier In France, apparently a coffin draped with a Union Jack at the entrance to the Hall of Mirrors at Versailles, commissioned at the time of the Treat signing. Read its history though. It didn’t start out this way. Lack of respect, censorship, class division. Decide for yourself.

Room 3 offers yet another perspective on the years following the War. In our world, for those of us lucky enough not to live amongst conflict, images of war appear commonplace but the reality of its human impact is still largely concealed. In the 1920s, in Europe, this was not so, as the plight of damaged war veterans, in economies still disordered, was visible to all. The works here are some of the most poignant, and most angry, in the exhibition. In Britain artists were employed to create a medical record of the injuries suffered by the soldiers. The pastel sketches of Henry Tonks from the Hunterian Museum were not originally intended as “art” but they create a powerful impression. In Germany the veterans were the subject of far more explicitly political paintings and drawings from the hands of Otto Dix, George Grosz, Max Beckmann and Kathe Kollwitz.

This is the most powerful art in the exhibition, especially the prints from these artists and Georges Rouault in Room 5. Beckmann’s Hell series of lithographs from 1919, the Der Kreig etchings of Dix from 1924 and Kollwitz’s similarly titled etchings from 1922 and Rouault’s sacred Miserere et Guerre photo-etchings from 1927 demand your attention.

Whilst some of the Dadaist work in Room 4 fails to leap out at me, and the Surrealist painting from the likes of Max Ernst and Andre Masson can be safely ignored in my view, do seek out John Heartfield’s photo-montage, After Twenty Years: Fathers and Sons, and then delve into this astoundingly modern artist’s output (and life) inter- and post- war, but especially from the 1930’s.

In Room 6, “Return to Order”, the curators show how the geometric and mechanised avant-garde forms and processes which dominated Western art before the war gave way to more realism and naturalism and a return to the traditional genres of portraiture, landscape and religion through the late 1920s and early 1930s. This despite the still chaotic economic and political backdrop, Pastoralism and classicism were reborn. I am not entirely convinced by this argument but it does give an opportunity to show off another Spencer, Christ Carrying the Cross, Old Military from Franz Lenk and soothing landscapes from the Nash brothers in sharp contrast to their war paintings.

Room 7, in contrast, shows that all was not necessarily well in inter-war society linking back to the political art of the immediate post war period and highlighting the deep divisions between rich and poor. Artists unsurprisingly sided with the left in the profound idealogical arguments that characterised the period. George Grosz’s Grey Day, which contrasts, once again, a veteran with a privileged capitalist, is one of the best paintings in the exhibitions.

The final room then goes a little bit off-piste by bringing together a diverse collection of responses to the rise of the “New City”. Mind you it does make you think about just how quickly the nascent optimism on show here would be snuffed out again by an even more devastating global conflict.

Overall this is an ambitious, powerful, valuable and often still shocking survey of the artistic response to the “Great War” made especially interesting for me by the rage, fury, sorrow and despair contained in the loans from various collections in Germany, (and the George Economou Collection in Athens). There are more than enough unexpected contributions amongst the big hitters and much genuine, if occasionally, unfocussed insight into the artistic response to the impact of war. If you have any interest at all in this period or subject then I would be mightily surprised if you haven’t already gone, or intend to go. That would be the right thing to do.