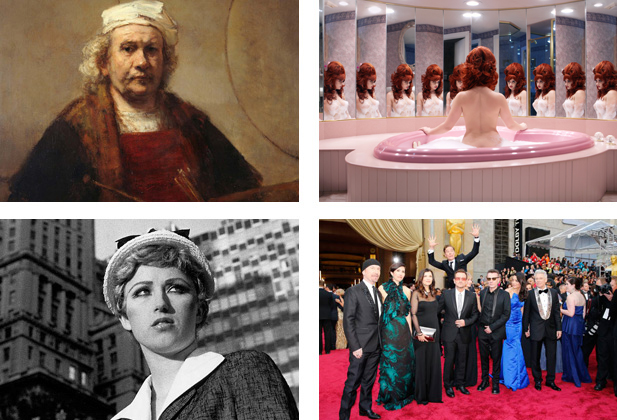 From Selfie to Self-Expression

I hadn’t really intended to seek out this exhibition at the Saatchi Gallery. I had forgotten it was on but realised I would be passing when engaged on another mission (taking a twirl around the relatively newly opened National Army Museum, since you ask – highly recommended, since you ask, even for those, like me, who are not routinely drawn to this sort of thing).

The exhibitions at the Saatchi are normally rum affairs, usually cobbled together with whatever the curators could lay their hands on and lenders, including the eponymous owner, are willing to lend. This serves to boost the profile of the artists and therefore the value of the artworks on display to the benefit of the owners. Not complaining, that is the point of a private gallery, though Saatchi by its very size, and massive digital presence, occupies more of a private-public role. Nor am I for one moment suggesting that this means there isn’t some dammed fine stuff on show. Just that it is all a bit haphazard. And this exhibition is no exception.

The conceit here is to track artistic depictions of the self, from the works of the canonic great masters through to the ubiquitous, democratised, smartphone selfies of today. And with that all sorts of stuff is then chucked at the walls (and floors) of the Saatchi galleries. There’s a bit of vague explanation for many of the works but nothing to hurt the head. And yet, as I wandered through, I actually found the juxtaposition of all this stuff much more interesting than I had expected.

The exhibition kicks off with some backlit digital images of some tip top self portraits by pre C20 masters. These are just images. There is no paint. They are completely flat. The artificial light is very bright. The images are constantly rolling through as slideshows. You can press “like” buttons. For a pretentious twat like me, armed with a bit of “art knowledge”, is should have been a nightmare. And, true to form, at first I stood there inwardly tutting. But, but, but it turns out that, for those pictures which I have seen before (I don’t “know” them nor ever will), it was really interesting to compare these strange, bastard, “copies” with the memory in my head. Got me thinking again about what it is about the most striking self portraits here (the Rembrandt, Cezanne, van Gogh) that really gets to me compared to the admittedly marvellous stuff elsewhere in the room. And about the way in which paint conveys so much more than a “photo”. A photo is no more a slice of objective reality than a can of beans (not entirely sure what I mean by that but hopefully you catch my drift). It is still two-dimensional. It is not the way we see – try looking at something without moving you eyes – impossible. We construct our own reality and modify thereafter. There is no time dimension in a photo. The colours are mediated through the print or digital process which creates the image. An so on and so on.

So call me a crusty old fart but I would far rather look at a painting than a photo. Even if the painting was probably constructed will the help of some sort of optical process. And self-portraits are as near to as perfect a refinement of the painting process as it is possible to get. Now I am not going to get all “staring into the windows of the soul” on you. That is patently bollocks. But seeing, through a series of paint marks made with tools, what the artists sees of, (and,yes in), him or herself can be pretty moving.

So, like I say, being confronted with this in such a striking way in this first room was an eye-opener. Literally. And it was a smart, if predictable, choice to show Las Meninas projected on one wall. I am not sure yet where I stand on Velazquez, but this riff on the art of portraiture (and status), is a cracker and stands as metaphor for much of what follows. As instructed by clever people I spent a fair amount of time looking at this in the Prado and did the same again here. And you can have a good old nose at this without getting in anyone’s way. And it is really weird to see the projected flat image of the paint and marks right up close. And not as massively empty and experience compared to “real thing” as it should have been. Strange.

The next room contains a raggle-taggle of other C20 and contemporary artists takes on the self portrait – again some “copies’ of paintings, others which were/are photos. Bacon, Freud, Hockney, Chuck Close (I highly recommend you read about the life and work of this fascinating artist), Tracey Emin, Hirst, Warhol, Bruce Naumann, Nan Goldin’s disturbing testament, Cindy Sherman’s unsettling “Hollywood” poses – there is a whole bunch of stuff in here which is rewarding and gets a bit closer to some of the questions I think the exhibition wanted to ask.

Right thereafter I started to get confused, though still kind of stimulated. Juno Calypso’s slightly voyeuristic, slightly baffling work. A room of full of art photos of celebrities (including celebrity artists) and selfies by celebrities/politicians. Rooms of art works constructed from selfies, individually or en masse. These are “ordinary” people, to contrast with the “celebrities”, inanely grinning, like “ordinary” people, just with more cash. Very provoking. There are playful interactive art works (most interesting is the “smoke eyes” of Rafael Lozano-Hemmer). Odd bits of sculpture. Shortlisted entries for a selfie competition. Interestingly most of these competition entries work because they omit the face of the creator. And many are elaborately staged. Thus reminding us of two valuable lessons. Pictures of people (whether self generated or not) are predominantly as dull as ditchwater (I prefer the old etymology here as in other things) and even “reality”. especially when photographed takes an age to set up.

There were one or two things that really stood out, notably the Noble/Weston sculpture/projection, (always wanted to see their work), and the Alison Jackson “fake” selfies – with a call back to the Velazquez. But far more important was the overall impression that the exhibition created, and the food for thought that it provided on the nature of the public image of self, exactly because so much of what is shown here is ostensibly “artificial”. Does the nature of the “self” change with the exponential rise in images of “selves” – over a million a day and rising? Just asking. Remember too, historically the average punter had neither the inclination, time or technology to care about his identity. So count yourself lucky. Or unlucky.

I’ve only ever taken a handful of selfies. I like to pretend it is because I forget I have a phone. But the reality is I have no audience. I have nowhere to “put” the image and no-one to “send” it to. And when I do take one I “peer” strangely into the camera. Why?

See this bloody exhibition has made me think too much. So I suggest you get along to this. Of course it is full of banality. There isn’t too much in the way of “art” to consume for those of us trying to “educate” ourselves but it is mightily entertaining and everyone there when I visited seemed to have a whale of a time. Can’t really ask for anything more.

Except of course an empty room with my own late Rembrandt self portrait with no idiot youths gurning in front of me endlessly taking selfies on their phones.

Reflection, projection, it’s alway been there. Leaps in technology just mean more people can create images – doesn’t make them better. Old Rembrandt knew that. It is in his eyes, like just about everything else that has happened, or could ever happen.